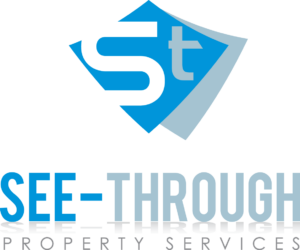 We were doing a ceiling insulation fixing due to a flood in a building in Melbourne. While I was trying to upload them to the internet I went a bit emotional about us people in the world at this moment. It is August 2020 & this is my feeling towards 2020.

The Unfortunate things of 2020

It is always a good feeling when it comes to the end of a year and starting a New Year. We almost had the same feeling starting this year of 2020. We even started the year with fireworks.
Fast forward to the present, most of us are counting down to finish this year a bit earlier but still four more months to go. Are we desperately looking for good things about 2020?
A series of unfortunate events have happened so far this year. We witnessed to apocalyptic scenes during the fires, followed shortly by the Iranian regime shooting down the Ukrainian airliner PS752, killing all 176 who were on board, during a series of escalations that were nearly brought Iran and the United States to war. These events happen in January. However, the biggest star so far is the COVID19 pandemic killing more than 400,000 people as of early June.

2020 has also witnessed violence in India’s capital Delhi which has left more than 50 dead and hundreds injured after a Hindu nationalist rampage. Other unfortunate events included the earthquakes in Turkey and the Caribbean, a locust swarm outbreak in East Africa, and the death of a world-renowned basketball player as well eight others in a sobering helicopter crash.
And 2020 looked like it couldn’t get any worse, social unrest exploded in the United States, following the killing of George Floyd. The resulting rebellion was mainly channelled in peaceful protests that spread across the globe, but also witnessed violent clashes between police and some protesters and a further political polarization in the US ahead of November 2020, election.
Meanwhile, China tightened its grip on Hong Kong through passing controversial new legislation.
Then, in early August, long-suffering Lebanon was struck by a massive, deadly explosion, putting further strain on the country amid a deteriorating economic crisis.

We were doing a deep cleaning job and I took these photos. By looking at them of us hanging those near falling ceiling insulation due to flood response, it seems like us people of the world also a bit like that ceiling insulation, nearly falling. Are we hanging on to the world at the moment? Did we waste our money for 2019-2020 fireworks?

The Year of Positivity

On the other hand, this is no time for negativity. We must stay healthy in 2020 because we all have to see each other in 2021. Let’s call this “The Year of Positivity.” If we want to see us in 2021, we have to stay healthy as one in 2020. It will not be staying physically together, but all are playing their parts together. As long as everyone follows the rules of social distance, we will see each other on the other side. There’s no time for selfishness because the only way is everyone is following the same rules way.

See-Through Property Services is a deep cleaning service and a commercial cleaning service in Melbourne. As many other small business in Melbourne we have taken a massive hit with this global pendamic. If you have a business that still can safely operate in we can provide professional deep cleaning and sanitising services and emergency cleaning services. All of our staff has passed the specilial COVID-19 online government course and are ready to work with all the necessary PPE. Please call us on 0488043880 or Email info@see-throughpropertyservicves.com.au for more details.